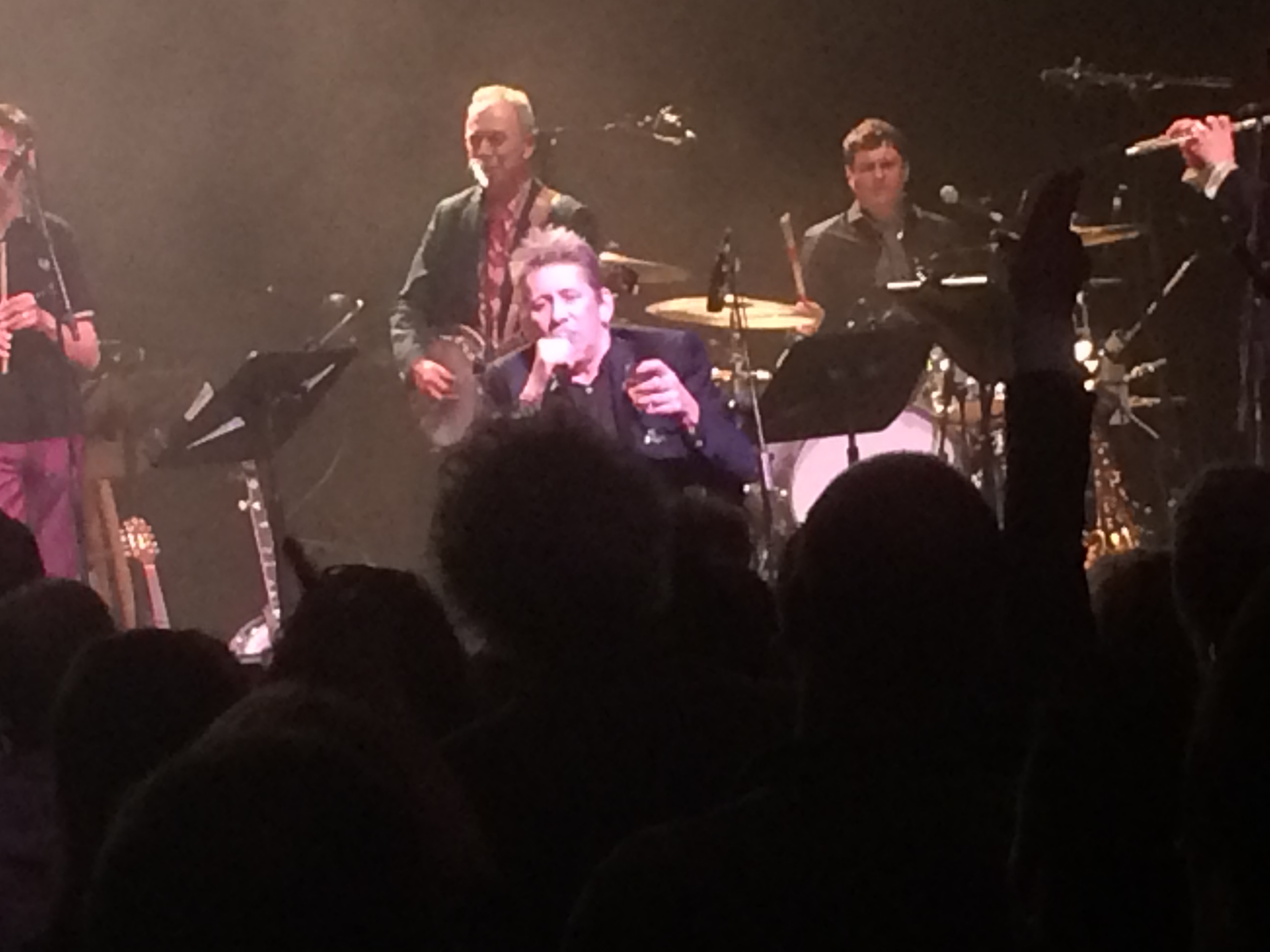 There were so many incredible moments during the three-hour-long 60th birthday tribute to Pogues songster Shane MacGowan in Dublin on Monday night that it’s hard to pick the highlights, but here’s a try:

MacGowan was born in England but he was the toast of Ireland on Monday night, with President Michael D. Higgins attending the sold-out tribute in the National Concert Hall and honouring the wheelchair-bound MacGowan with a lifetime achievement award at the concert’s end.

And if anyone has ever heard an Irish band like the one assembled onstage last night — Sharon Shannon on accordion, Steve Wickham of the Waterboys on fiddle, Cait O’Riordan of the Pogues on bass — the list goes on and on, all under the direction of  Terry Edwards — well, the long and short is you haven’t.

A night to remember, forever.