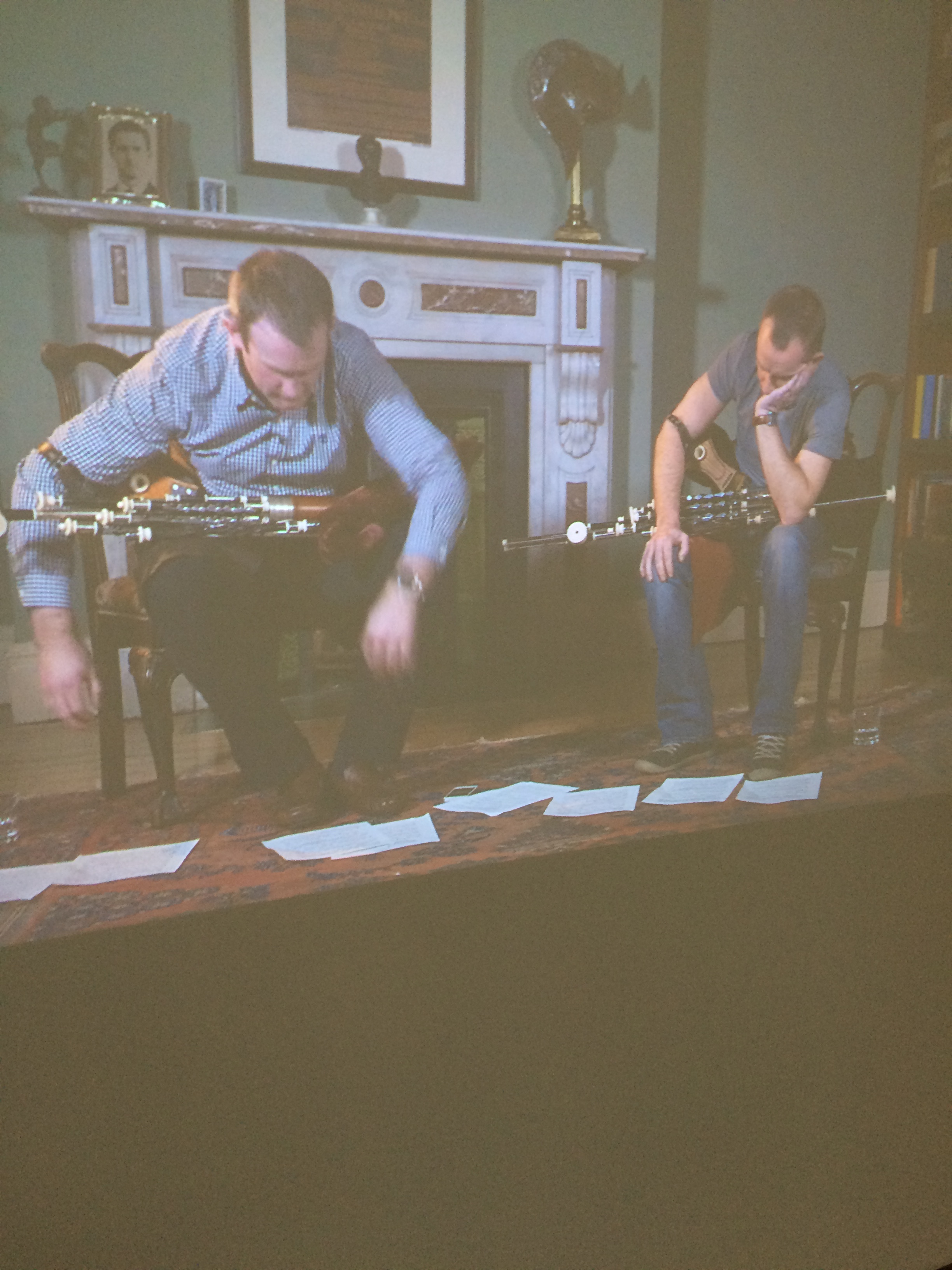 DUBLIN – Bloomsday came early to Dublin this year with an exhibition by the Irish artist Elaine Byrne including videos unraveling two of the hidden joke bombs in James Joyce’s “Ulysses” — one of them deeply impenetrable because it is in Hungarian.
Dublin gets into full Bloomsday mode this weekend, leading up to the June 16 celebration of the day in 1904 when Leopold Bloom, the Jewish ad salesman who is the main character of Joyce’s 1922 novel, begins his Dublin odyssey, partly in a vain search for his son who died in infancy.
Actors will play scenes from “Ulysses” around the city and there will be a kidney fry-up at the James Joyce Centre in north Dublin, but Byrne provided some delectable “amuses gueules” in her solo show “Whenceness” at the Kevin Kavanagh Gallery. The show closed at the end of May but part of the installation can be seen this month at the Crawford Gallery of Art in Cork.
One joke Byrne spotlights has to do with a made-up Hungarian place name, “Százharminczbrojúgulyás-Dugulás” —  a fantasy escape destination for Bloom when he comes under attack by the anti-Semitic Irish nationalist called the Citizen in Barney Kiernan’s pub.
Joyce translates this as “Meadow of Murmuring Waters” but an academic speaking in Bryne’s video tells us it actually means constipation after eating 130 portions of veal goulash. (The misspelling of the Hungarian word “borjú”, for veal, could be considered one of the least egregious holdovers from the printing errors that afflicted the first edition of “Ulysses”.)
Joyce could have picked up the Hungarian joke while living in Trieste — but he would probably have been the only one who got it when the book was first published, the academic says.
“This is a curious case that there is a joke in the book which is sort of dormant, which stays latent as a joke and it’s only decades later, when able Hungarian readers acquire the kind of English which enables them to actually read ‘Ulysses’, (they) will decipher this joke,” he says.
The other hidden gem arises from a passage in the same Episode 12, known as “The Cyclops”, where Bloom is serenaded on his way to the village of constipation by a “select orchestra of Irish pipes” playing the “Rakoczy March”, which at the time was the unofficial Hungarian national anthem.
Byrne shows two Irish uilleann pipers putting up a valiant effort to play the piece, which was turned into  a virtuoso piano encore by the Hungarian composer Franz Liszt, but in the end they are totally defeated.

No uilleann pipe — or bagpipe — can play it, they say.
About midway through the 40-minute-long effort, with the sheet music for the piece strewn all around the floor in front of them, the pipers collapse into laughter.
“The truth is, this has got to be a joke,” one of them says — grasping exactly what it is that makes Joyce’s novel such an entertaining and rewarding read — again and again and again.
—Michael Roddy